Frost Heaves, Alignment, and the Rebirth of Spring.

I walked the woods trail with the dogs the other day, and I stumbled a few times as my feet sunk down into soft spots created by the frost pushing out of the ground…hard to see in some places where leaves carpet the earth. Almost all signs of snow are gone where I live, making me hopeful that an early spring is around the corner. It is a lovely change from last year where winter really started in February and just piled up snow week after week in a deep freeze until sometime in late April.

Of course spring brings with it frost heaves on the roads too, and Nova Scotia’s epidemic of potholes soon follows. I think there are a few leftovers in that department from last year. I need to watch out so I don’t wreck the wheel alignment on the car.

Same with the frost heaves in the woods, with my weak cervical spine I need to take care not to lurch or fall and throw my neck out of alignment, which gives me headaches and sometimes nausea.

I have become more and more aware of late that my inner alignment needs attention too. Through various experiences in the past year or so it has become apparent to me that I have not always been in alignment with my true nature, on a couple of levels, and as a Soul Coach, alignment is the name of the game. Soul Coaching® is all about aligning your inner and outer life, basically living in a way where you feel you are being authentic, standing in your truth, being honest with yourself about who you really are, and then letting that be seen in the face you show to the world.

I found I had some work to do there. There were levels where I was indeed quite aware of who I really am, but in my coaching career I realized that my fear of what others might think about the more soulful and metaphysical aspects of my beliefs was keeping me hiding somewhat in the shadows. Hiding is not much good for business. It is better to be seen for who you are than not seen at all!

I had an inkling of that about a year ago when I had received some great feedback from a client and friend for whom I had done some coaching, using both archetypal role-playing processes and divination cards to help her address a challenging situation. In the year that followed the work she had a great transition into a new job and a happier way of being. She also embraced Reiki training with my husband around the same time, and I know that also greatly influenced how she works in the world each day with more balance and peace.

As a result of her feedback I recognized then that I had been in hiding with those techniques, trying not to be dismissed as flakey. It was brought to mind also when I noticed many coaching colleagues apologizing for saying things that might sound “woo-woo” to others. I wrote a blog in response to that here.

Since then there have been a couple of other events that have prompted a re-examination of whether I am indeed living in alignment with what I believe. The first was shortly after that, when I was chatting with a former client at a party. She leaned over and confessed to me that when she had first come to see me the previous year, she was actually somewhat intimidated by me, because I appeared so “professional.” But that when I started posting my Mary Doodle cartoon drawings on Facebook, she realized I was actually kind of a real, normal, and I think, “accessible” person. I was really taken aback that someone would have found me intimidating. Sometimes we are not aware of what we project. But I was also perplexed that appearing really “professional” might not necessarily a good thing, that it could, I understood then, create barriers.

As I got busier last fall creating a book of Mary Doodle cartoons (on the suggestion of many of my fans), I was distracted for a time from what I needed to do to address this issue. Until, that is, I took course in November about getting in touch with the “soul” of my business. There was a whole week in the course on the topic of “congruence”, and examining if your outer life and your business were congruent, ie., aligned, with who you are and what you believe inside.

I discovered that while my home and surroundings and personal relationship were congruent, that I had indeed created a safe and sacred space for healing for myself and others, the “me” I was projecting through my marketing and even how I tended to dress for work, didn’t send the same message. 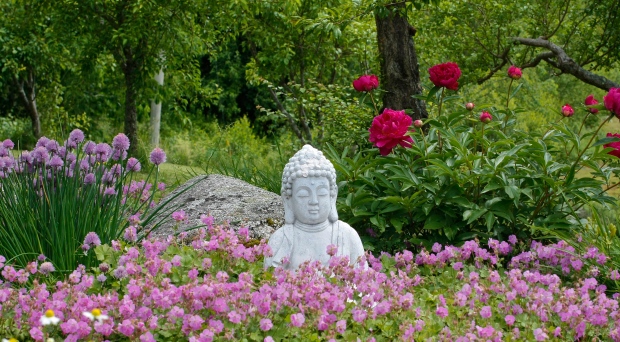 In fact at the in-person segment of that business course I took, I really struggled with what to wear to look like a “professional coach”. I had bought a couple new items for the trip but everything felt awkward, too dark, to stiff, too serious, except for one fuzzy brown sweater I just love. One woman I met was in fact surprised when we talked about our work as soul coaches and what we love, and our beliefs. When I mentioned how much time I spend outdoors in the woods and garden with the dogs, she said, “Really? I would’ve thought you were a city girl!” Hmmm. In trying to look the part for the conference I had betrayed my real self. Not that I ever had much fashion awareness anyway.

And in my marketing, outside of this blog, I had taken on some of the verbiage of other teachers and coaches about how my coaching would work with people, and I was kind of trying to sound like them.“Powerful” is a word used a lot in one of my coaching communities, but doesn’t sound like me.  I would say my work is still effective and deep, but it is delivered with gentleness and intuition. I gradually started to retrieve the soul of my business by allowing it to reveal more of who I really am.

My own coach had been right. When he saw my first doodle last year and challenged me to draw and post 30 more, and then later 90 more, it was because he saw in the doodles the real me…the sensitive, vulnerable, unsure, and funny me that he knew from our many conversations. The me that I guess I was trying to hide from my clients in an effort to look “professional”, which I had thought would inspire confidence in my abilities.

What can I say? I was raised in a very professional and male-dominated family, which included a surgeon father, and older brothers who have become, respectively, a justice-department lawyer, a corporate insurance executive, and a PhD university professor/administrator. And I even became a lawyer myself, and practiced law, albeit for a short time. I guess I learned there how to dress and comport myself so as to be “taken seriously” in a very male-dominated world, where a young woman lawyer (as I had been) was often mistaken for the secretary.

I, the youngest and only girl in my family, got the odd-ball genes I guess, tending toward creative pursuits like writing, photography (for many years commercially and as a fine artist), and now doodling. And I have also been the philosopher of the family, searching for meaning and a sense of purpose. I definitely have the heart of a soul coach, doing deep inner work on myself and others that embraces the mystery of the unknown, a sense of wonder, of some kind of Universal Consciousness, Infinite Mind, God, Spirit…that unknowable “something greater than ourselves”. But having come from such a left-brained world, that search only came after some personal life crises, as it often does for people, when I needed to find a sense of meaning for my life and greater insight into who I was.

It was the growing awareness of that Spirit, that mystery, that took me to Soul Coaching® as taught by Denise Linn, in the first place, following some very profound and eye-opening experiences in shamanic journeying. I think it’s time to start telling some of my own stories that awakened me on that path. My recent doodle book, “Mary Doodle ~ Stumbling Toward Enlightenment” alludes to some of that questioning in a light and humorous way. 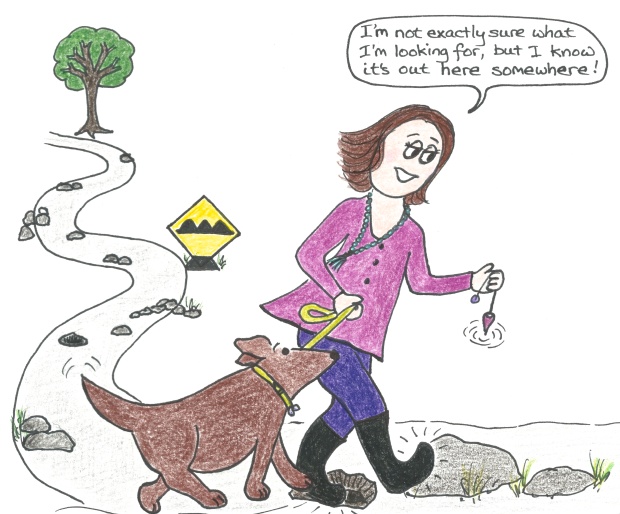 I have certainly stumbled like Mary Doodle. She has become a kind of alter-ego to let some of that part of my life be seen. Perhaps it is time to let more of the real me be seen, since I feel lately I have been kind of “stuck in the birth canal” of yet another phase of my own growth and coming out of my shell. I guess that is appropriate as spring approaches. From what I read and hear I may not be the only one in my circles who is feeling that internal squeeze. So, if you’re interested, my next blogs will tell a few of my stories where Spirit really spoke to me to help light my way. Now my task is to lose the fear of acting on that wisdom.

From: Uncategorized
← Playing With Rocks ~ Lessons in Balance, Presence, and Coaching.
Rocks Revisited. →
No comments yet